Time for Media to Wake up - Do Their Homework

For years, and especially during the past two months, the media has been extorting the truth by blaming every single weather event on human induced climate change. Every flood – hurricane – tornado – high tide and even cold temperatures - have all been blamed on human global warming.

Fact is, weather events are cyclical, and we have floods and hurricanes all the time – and they occur in cycles. Venice Spain recently had two thirds of their city streets underwater, and of course it was blamed on global warming. Fact is, a powerful storm occurring in conjunction with a cyclically strong full moon caused the flooding – very similar to their flood in 1966 that occurred during a cold weather period in our history. Media - please dig out your history books and learn. These events have occurred before and will again – this is proven science.

In 2019, much of Europe and the United States experienced one of the worst winters in 25 to 60 years. And once again the media and some savory science and climate groups said – it was caused by human induced climate change (global warming). And now prior to the 2020 winter, deniers of natural climate cycles (climate change alarmists) – were shocked as a record-breaking Arctic cold outbreak griped the United States 12 days prior to Thanksgiving – a full month and a half before winter officially begins.

This early cold snap froze crops and buried fields in snow across the upper mid-west. This resulted in crop losses for many farmers not seen in over 60 years. Could this be the beginning of what is to come? Media articles have failed to tie this to global warming and dare not mention the words - “global cooling”. And alas – not a word from the alarmists or media in an attempt to tie the increasing cold during the past couple winter to global warming.

Has the media and their savory climate alarmists finally dug out climate history books and learned a lesson. Doubt it – because and it does not matter to them. In order to continue their agendas, they will continue pulling the strings of certain scientists, and continue the lies to the public. Their climate twists will again appear in the media any day now. One of their favorite slogans is - “97 percent of all scientists believe that humans have caused the current global warming”. This is a totally incorrect statement. The poll taken by Dr. Joh Cook (University of Queensland. Australia) – and was even refuted by a former head of the International Panel on Climate Change (IPCC). The true number is about 37 percent, and a poll conducted by Dr. John Coleman (found of the Weather Channel) found that 85 percent of all meteorologists say that climate change is – mostly due to natural cycles.

In the Bible’s book of Genesis, it is said that God created the heavenly bodies – earth and earth’s atmosphere, oceans, night and day, and the seasonal cycles which include weather and climate cycles. How did God do this? By introducing specific interactions between the heavenly bodies of the earth-moon-sun. It does not matter if you believe God did this - some other higher entity – or if earth and humans are by chance and evolution. The bottom line is – our climate is controlled by scientifically proven natural forces and interactions of – and this is a proven scientific fact.

Earth came out of its last glacial ice age about 7 to 10 thousand years ago, with earth now at the optimum warm portion of the long-term interglacial cycle – proven science. This long-term interglacial cycle also contains smaller short-term cycles that alternate approximately every 230-years. These short-term cycles are called - ”global warming and global cooling cycles” – also proven science. These cycles are caused by variations within the earth-moon-sun orbits and electromagnetic gravitational cycles (peer reviewed book authored by Professor Dilley – earth’s natural climate pulse). The gravitational cycles also coincide with warmer and cooler cycles of the moon. The cooler cycle is caused by reduced solar sunspots and is called the Maunder Minimum – proven science.

During the past 1,200 years, there have been 10 short-term global warming and cooling cycles, all occurring in conjunction with changes in the approximate 230-year Solar Sunspot Maunder Minimum, and the 230-year ClimatePulse gravitational cycles – all of which is proven science. The last global warming cycle ended on the 230-year cycle back in 1790 – and what is 230-years later? You got it – 2020 is the converging of the two cycles and the beginning of the next global cooling cycle that will last for the next 100 years or more.

Bottom line is - should we be concerned about global warming or the increasing cold outbreaks that have occurred during the past few winters – and the record breaking cold snap and crop loses in November of this year? Are we headed into a very dangerous weather pattern for years to come? Yes, we must heed the changes we are now seeing, and take it very seriously. We have had 5 global cooling cycles during the past 1,200 years. Four out of the 5 global cooling cycles experienced major crop failures and loss of human life.

When the last global cooling cycle began in 1790, a major volcanic eruption in 1815 drove the cooling cycle into a perilous period – the year of no summer. In 1816 - killings frosts in July destroyed crops from Maine to Virginia, and ice was observed on small ponds in Pennsylvania. In the years following the year of no summer - Europe was thrown into a food shortage. Disease, famine and civil unrest broke out across Europe and Asia – Europe lost one third of its population. Back then we had 1 billion people to feed, today we have 7 billion. Any disruption in our food chain will cause massive starvation, and civil unrest that will likely lead to a major population decrease. We must remember, a much higher power than humans created and controls climate cycles. If humans think they can alter or control climate cycles – then they must be more powerful than God – are we?

Natural cycles even control hurricane landfalls in Florida and the Gulf States. Our company -GlobalWeatherCycles.com. utilizes natural ClimatePulse cycles to predict weather events such as hurricane landfall cycles. This is based totally on God’s natural gravitational cycles of the earth-moon-sun. By using God’s cycles, we have become the number one leading hurricane forecaster in the United States. The ClimatePulse Cycles have been able to predict 6-months in advance - the exact location of last 10 hurricanes to strike the United States. This is the work of natural cycles and God.

I put forth a challenge and offer to those that deny the existence of natural cycles – believe that humans are causing the current global warming - and insist that humans are mightier than God. Professor David Dilley (Ocala Florida) will give a presentation at your place of choosing – you may ask questions, and we can debate the issue.

Time for Media to Wake up - Do Their Homework 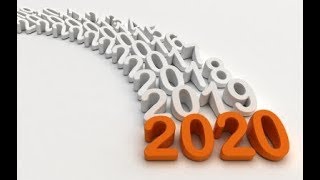 When Global Cooling Is Coming

NASA Manipulated July 2016 as the Warmest